Sell Your Boat
Home / Community home / Article / How to budget for living aboar...
Be a contributor
Article

It would seem like an unrealistic fantasy for most people to pack up the everyday life, get a boat and set sail across the oceans for a few years to explore the world. It could be the costs that put people off, or they may be worried whether the experience is really for them.

Well, there’s good evidence to suggest that you can ignore both of these concerns and just get going. Here are two sets of people who’ve done exactly this - without too much worry for money and with a huge amount of fun. So if you’re seriously thinking about it, or even if you’ve ever felt a slight temptation, take a read to find out how these people have made your wildest dreams a reality!

Geoff and Laurie Thomas spent two years aboard their beloved 1973 sailing yacht named ‘Saturnalia’ as they explored the east coast of the Americas. They were both in their early thirties at the time - each with secure professions (Geoff as a company executive, Laurie a medical editor) - but felt that they were missing out on a real chance to enjoy a period of freedom.

They were already getting a taste of life to come at this point; living out of ‘Saturnalia’ in a Virginia marina rather than in a conventional home. Geoff would change into his suit every morning before heading off to work, before heading back to the ship in the evening to relax and rest. The pair seemed to really enjoy the diverse lifestyle, so it was then that they decided to make plans for the big getaway.

After a period of planned saving and saying goodbye to their everyday jobs, the Thomas’ began their new life in 1993 where they discovered the Caribbean and had two years of immense fun.

They returned home after the 24 months having used all of their money, but still managed to get their old jobs back and reminisce the amazing memories they had. 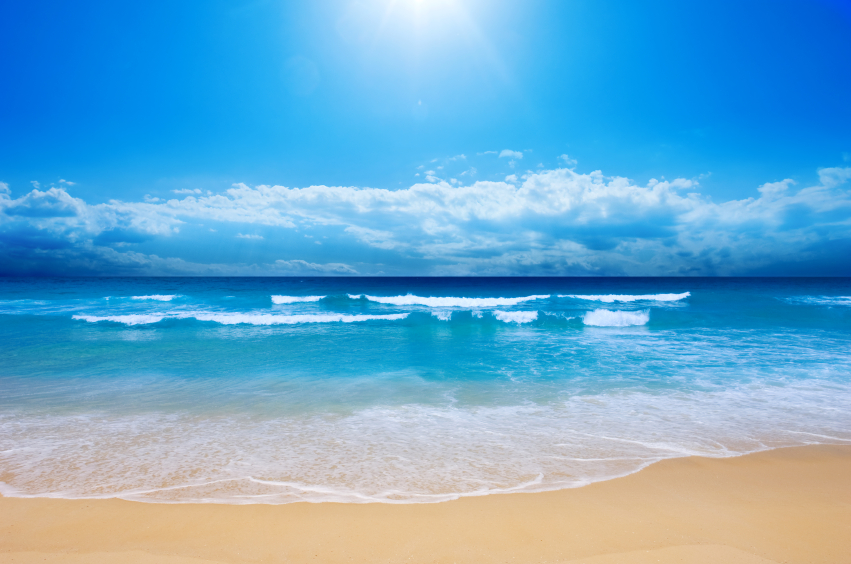 Geoff Thomas has some advice for you to take away before committing to your own plan. One big tip that Geoff points out straight away is the struggle he found personally to get health insurance for his trip. It’s understandable why some companies would be reluctant to cover such an extraordinary case, so the best thing to do here is inquire a long time in advance so that you can give both you and insurance companies time to plan.

He says experience with marine and sailing life is vital, and it’s what helped him feel so confident about living aboard the boat. Thomas spent much of his educational life working down at marinas - exposing himself to the works of a boat and learning about what it takes to be on the water. Once college was finished he had much more free time and started sailing himself whenever he got the chance. You don’t have to be as dedicated as Geoff was, but it’s really important that you know what you’re doing out there because it can be dangerous when the sea gets rough!

Another piece of advice that Geoff strongly recommends is to start small with your first sailing boat. Going out and spending a load of money on a big boat that you don’t know how to handle could be seriously costly. It’s almost guaranteed that you’ll pick up a few knocks and bumps that’ll need repairing. When this happens, you’re going to be thankful that the damage was done on a relatively small, cheap vessel because you won’t be worrying about getting it sorted as soon as possible, and when you do fix it, it’ll be nowhere near as expensive. For inspiration, you can take a look at our boats for less than £10,000 right here.

If you want to save a little more money and not even buy a boat, you could attend a sailing/sea school where you can get the grips of things in a much safer, supervised environment without the added pressure of damaging your own property. Another great alternative could be acting as a crew member on someone else's boat, perhaps as a volunteer. You’ll be under their wing, you can get the real experience of being on the water in an unrestricted environment, and you may not even have to pay for being there, as you’re doing a service for someone else.

If it’s saving money we’re bothered about, Geoff Thomas shares even more useful information here. Where marina expenses are concerned, they’re going to vary a great amount and will be very pricey in some areas. Thomas said that he tried to stick to a $25-a-day allowance, which definitely wouldn’t allow for using a marina each night. He suggests dropping your anchor a little way out from shore, and only use a small inflatable to get to dry land if necessary. 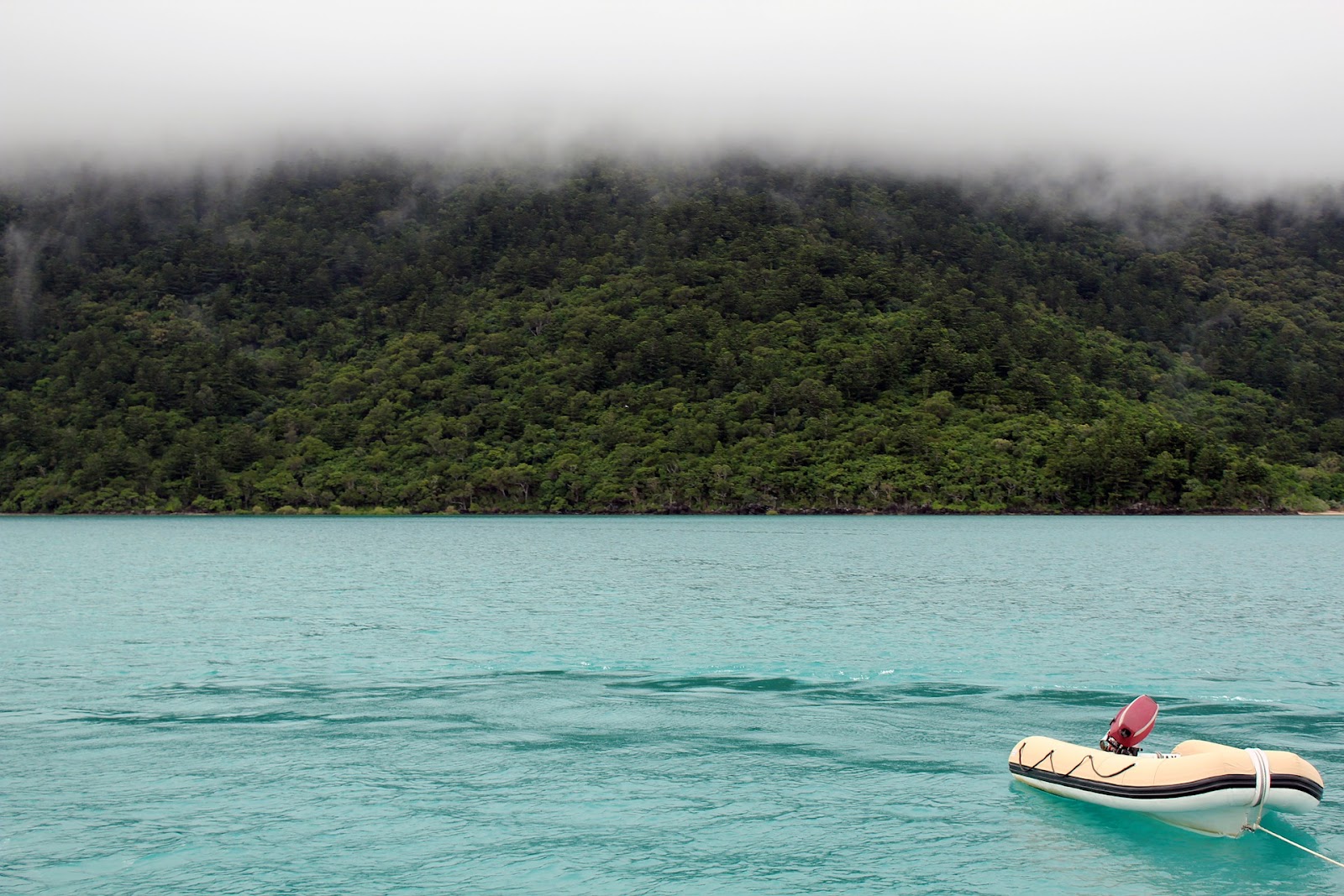 Another couple, Jaime and Behan Gifford also feel most comfortable when they’re on the waters. Impressively, they’ve been at sea for nearly 10 years on a boat made in 1982, Totem. The Giffords had aimed to set sail with over $200,000 to last them, and that was only based on a 5-year trip. They didn’t even manage to make $100,000 but are still out on the waters 10 years later - this just shows that it’s a lot more affordable than you’d think.

Behan explains that a boat that’s being used so frequently in adverse conditions will need regular maintenance. There may never be any serious damage to the vessel that requires serious repair, but after a while, security and safety will become an issue to check up on. Decking, Rigging, Sails and Wiring should be checked often so that you can stay on top of supplies.

The other key tip Gifford brings up is regarding your own personal safety when navigating the waters. Some areas of the sea should be notoriously avoided so that you don’t get yourself in trouble with pirates and other marine criminals. Places like the South China Sea and the Indian Ocean are hotspots for crime that you need to steer clear of.

These are some really handy tips that should not only help you get ready for a trip away on the boat, but they should really encourage you to feel that these kind of trips aren’t at all daunting or unaffordable - in fact, they’re nothing but fun, and certainly not as bank-damaging as you’d first think!

Merk & Merk - The Yacht Professionals of the Adriatic

2020-11-25
Merk and Merk, based in Croatia, are a yacht service and sales business, representing, Princess Yachts, Solaris Power and Solaris Yachts. Their team of over 40 employees work together to sell and serv...
Featured

2020-08-19
Choosing the right sailing holiday can be a bit confusing. You need to ask yourself a lot of questions before picking up the perfect one and before booking one – they can be so expensive, and yo...
Featured

By Tom Wilson    2020-03-18
Renowned Yacht Builder Van der Valk unveils the new interior renderings planned for the up-coming Pilot series.    Since the unveiling of the Pilot range, starting from 23m and beyon...
Newsletter
Follow us on
share
Find the boat of your dreams on Europe's leading marketplace for boats and yachts.
On boatshop24:
Partners:
All Partners
Home | Terms and conditions | Sitemap | Contact us | About us | Security notice | Privacy policy | cookies policy | mobile site
Copyright 2021 Boats Group  |  dev (((:))) Memória Visual