An unrivaled champion at the ‘BOAT Design & Innovation Awards 2018’, this is the world’s first ever yacht crafted with Porsche blood. It’s been in development for a few years but was only revealed in all its glory at the beginning of the year. If its stunning appearance doesn’t quite pull you in then the recent results from the sea performance trials will surely seal the deal. This is the Dynamiq GTT 115.

The vessel is now listed with superyacht brokerage giants Edmiston and Company for a staggering fee just shy of €14 million and is custom made to order via the Dynamiq site. It’s 35 metres long with three deck levels and comes completely packed with exceptional extras and stylish interior. You can choose between three or four cabin designs that both allow huge amounts of private space and lavish furnishings. The GTT 115 also comes with a front facing garage underneath the lower deck with room for a jetski and tender boat should you wish.

The design that makes this yacht so desirable is its fast displacement hull that’ll allow you to run the vessel on hybrid electric power so that you can travel much longer distances - effectively turning the 115 into a fully functioning floating mansion.

The Italian born company has based itself in Viareggio, Italy - where they decided to put their new design to the true test on water. Its results make it one of the most impressive yachts of its type and is only Dynamiq’s second ever creation.

The GTT managed to eclipse its predicted top speed by reaching a best of 22 knots, becoming more powerful than designers ever thought. It also has a cruising speed of 19 knots which is a very handy figure for owners who are always on the move. Even more impressively, the vessel has a range of 3400 nautical miles (3,912 miles) when moving at 10 knots; you could travel from London to New York at a decent pace before needing to stop. 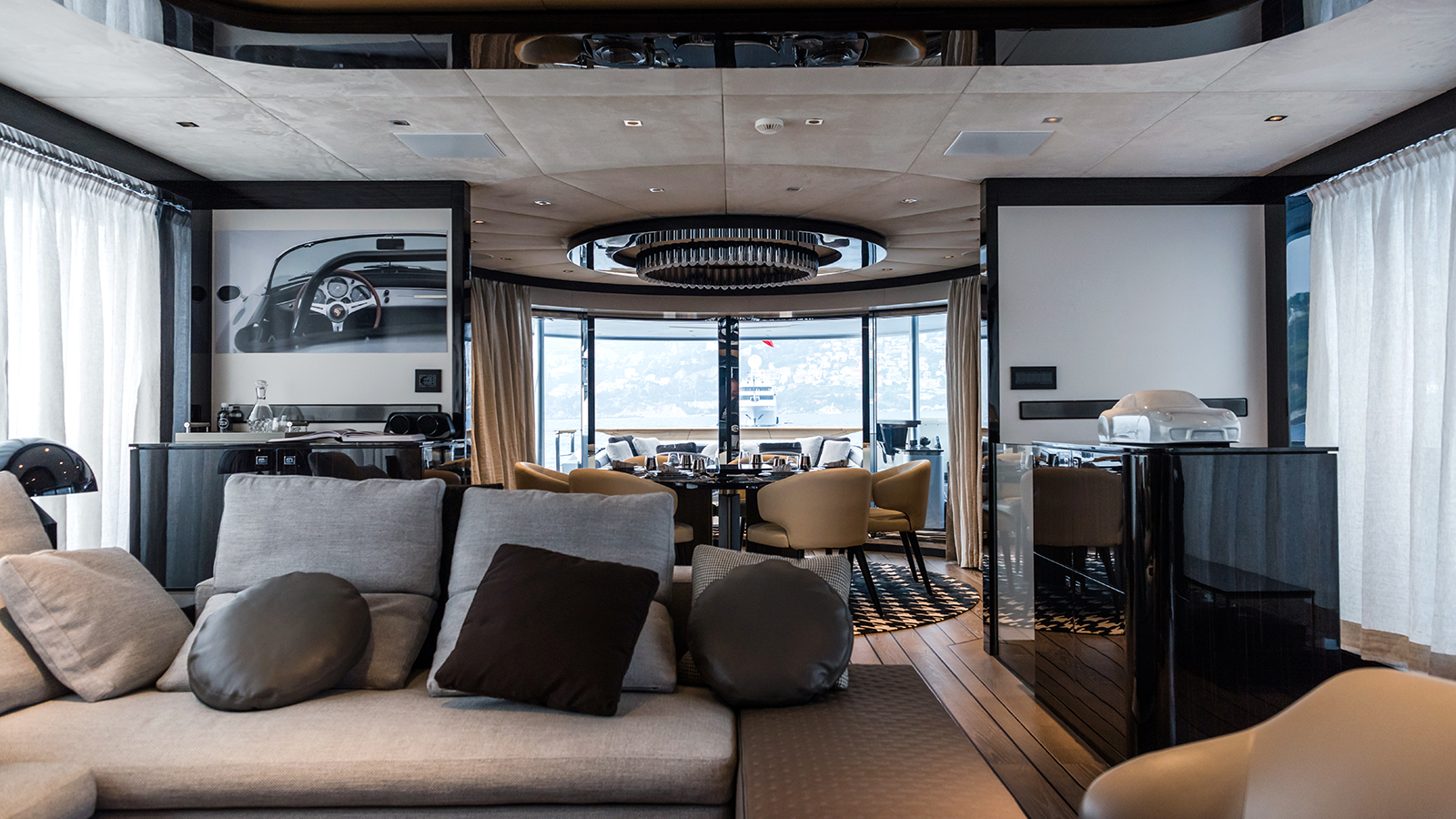 After pushing its main V12-1650 engines to the max, they then switched to its hybrid features, to see just how easy it would be to switch to an electric power system. This system is influenced by 20kW motors and variable speed generators. One of the main things in question here was if the boat had the ability to move in ultimate silence. The testing showed that it could in fact achieve this for significant periods of time and at a modest speed of five and a half knots. This is hugely down to its fast displacement hull - a impressive invention that few boats have had access to since Heesen Yachts first introduced it in 2016.

All in all this is a very impressive machine - the ideal combination of powerful and economical performance as well as ultimate luxury and premium craftsmanship. Obviously, this beast isn’t in everyones price range, but we can all admire the work that’s been put in here, and dream that maybe one day the GTT 115 will be an affordable investment...

2019-10-22
The Fort Lauderdale International Boat Show, with its ever expanding fleet of superyachts, sport fishing vessels, go-fast boats, submersibles, and everything in between, will soon be pulling into port...
Newsletter
Follow us on
Teilen
Find the boat of your dreams on Europe's leading marketplace for boats and yachts.
On boatshop24:
Partners:
All Partners
Home | Terms and conditions | Sitemap | Contact us | About us | Security notice | Privacy policy | cookies policy | mobile site
Copyright 2021 Boats Group  |  dev (((:))) Memória Visual